Back to Basics: Why Debranding is the New Rebranding

The term ‘debranding’ refers to a marketing strategy wherein a business partially, or completely, deconstructs their visual identity. It’s often used when a company specifically chooses to remove their name from their branding but is also used to refer to the practise of simplifying branding in general. It’s a trend that has reached new heights of popularity in recent years as more and more brand giants have opted for a cleaner, more minimalist makeover.

Debranding is often a process that happens incrementally over time, so much so that you may not even notice as a brand evolves with society, for example, Starbucks has slowly been debranding since the 1970s – eventually dropping their name from their logo in 2011. However, it can also be a sudden brand transformation often utilised as a PR stunt, think of Coca Cola’s 2013 ‘Share a Coke’ campaign that saw the drinks giant replace its brand name with 150 of the nation’s most popular names, generating a Facebook traffic increase of 870% on Coca Cola’s page.

The debranding trend is a direct response to our changing lifestyle and a shift in the way we are consuming information. In an increasingly digital world, wherein we are bombarded with information constantly, brands are granted less and less time to make an impression on a customer. Their message needs to reflect this and not only be clear, simple, and easy to digest within a split-second, but it also needs to make itself heard in an overcrowded digital environment. Brands are aspiring more than ever to this ideal of a thumb-stopping moment; imagery that interrupts scrolling and causes a consumer to invest more time in exploring their business. The industry is also seeing a collective shift towards mobile-first design. As we move away from desktop, brands need to make their message clear on a small screen, therefore necessitating this removal of unnecessary embellishments that ultimately clutter a brand’s identity.

This concept of scaling back also aligns with the desire to let a product speak for itself; removing the cloud of over-complicated packaging and over-crowded branding pulls the focus back to the product. Just think of Apple (perhaps the master of the debrand), their black and white brand palette, simple font and iconic minimalist logo has become synonymous with being the best of the best, an aesthetic strategy that many other tech brands have jealously tried to emulate.

Of course, we also see debranding utilised as a strategic manoeuvre to escape bad press. Removing or changing a brand name can allow a corporation to shed negative associations or reviews, as Hermes recently demonstrated. After struggling under the pressure of rapid pandemic-induced growth, Hermes came under continuous fire for service failings and public trust in the brand plummeted. Their solution has been to debrand to Evri and refocus on customer satisfaction and quality. However, the jury remains out on how much of a success this strategy will prove to be.

Debranding may be the marketing buzzword of the moment, but it isn’t without its risks. It goes without saying that market saturation and brand recognition are huge factors that contribute to the success of an ambitious debrand. For example, it seems like a big gamble to remove your brand name from your product as Coca Cola did, however their totalitarian reign over their market and universal recognition made it less of a risk; their trademark script and red and white palette requiring no introduction.

Despite this, equity doesn’t always equal success when it comes to a debrand. It’s vital that removing a brand name is for the right reasons or it can backfire. Consumers were outraged to discover, for example, that artisan-style coffee chain Harris + Hoole were owned by high street giant Tesco. Customer’s felt they had been duped into thinking they were supporting a small business and many subsequently boycotted the chain.

Changing the face of your brand can be risky and you never want to alienate your existing customers. When debranding it’s important to walk the line between minimal and obscure, so that your imagery is clear, clean, but not hard to understand. When asking yourself branding questions, ensure you always return to your business values to keep them at the core of your decision making.

It’s incredibly important to ensure your business remains relevant by continually developing your brand identity to reflect current trends and values. If you’re wondering whether a debrand could be the right choice for your business, ask the experts! Our specialist team of graphic designers love nothing more than creating showstopping branding to set you up for success in your industry. Whether you’re looking for a complete brand overhaul, a smart new logo, or just some tweaks here and there, we know how to deliver branding that will allow your business to stand head and shoulders above the rest. 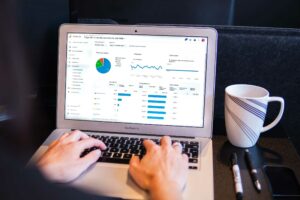 Whether you’re an independent business or a national corporation – brand awareness is key to driving and maintaining a successful brand.

Cookie Consent: How you can Implement Data Tracking Legally

How to Boost your Email Signups

It’s no secret that email marketing isn’t going anywhere anytime soon. As a business, a long mailing list is essentially a captive audience who you

Don't just take our word for it

Pop in for a coffee

Keep up to date

This website uses cookies to improve your experience while you navigate through the website. Out of these, the cookies that are categorized as necessary are stored on your browser as they are essential for the working of basic functionalities of the website. We also use third-party cookies that help us analyze and understand how you use this website. These cookies will be stored in your browser only with your consent. You also have the option to opt-out of these cookies. But opting out of some of these cookies may affect your browsing experience.
Necessary Always Enabled
Necessary cookies are absolutely essential for the website to function properly. These cookies ensure basic functionalities and security features of the website, anonymously.
Functional
Functional cookies help to perform certain functionalities like sharing the content of the website on social media platforms, collect feedbacks, and other third-party features.
Performance
Performance cookies are used to understand and analyze the key performance indexes of the website which helps in delivering a better user experience for the visitors.
Analytics
Analytical cookies are used to understand how visitors interact with the website. These cookies help provide information on metrics the number of visitors, bounce rate, traffic source, etc.
Advertisement
Advertisement cookies are used to provide visitors with relevant ads and marketing campaigns. These cookies track visitors across websites and collect information to provide customized ads.
Others
Other uncategorized cookies are those that are being analyzed and have not been classified into a category as yet.
SAVE & ACCEPT